Herbert Temmel GmbH – over 100 years of tradition and innovation

The year 1914 was marked by political turmoil and the beginning of the First World War. Despite all the unrest, this year is considered the founding year of the later "Herbert Temmel GmbH”.

The bedrock was laid by the former founder Franz Munter with the establishment of the company in Weiz. Initially, transport from Graz to Weiz was not motorised, but this changed with the purchase of the first truck in 1930. That was the beginning of a long success story.

In 1943, the company was taken over by the entrepreneur Hubert Temmel, the surname of today’s "Herbert Temmel GmbH”. He expanded the portfolio to include passenger transport by acquiring buses.

Hubert Temmel died in 1954 and his widow took over the eponymous "Hebert Temmel GmbH”.

In 1973, Herbert Temmel Sr. eventually took over the management of the company. During this formative era in the company’s history, the company grew to its current size. The company relocated two times within Weiz and began to provide Graz-Vienna-Graz and Weiz-Vienna-Weiz passenger transport services. In the 1970s, the company began transporting goods abroad.

In 1993, "Herbert Temmel GmbH” opened another location in Hungary called "Temmel Kft.”. Continuous development and a passion for innovation and technology distinguished the entrepreneur. For example, the company was ISO 9001 certified in 1998 and equipped its vehicles with satellite monitoring in the same year.

Due to the constant growth and the business for the automotive industry, an urgently needed location was built in Gleisdorf and went down in history as another milestone.

In 2003, the first branch office was opened in Straubing (Germany), whose headquarters have been located in Elsendorf since 2014.

In 2014, the new location in Szombathely was put into operation, as the previous locations no longer met the requirements. There is now sufficient parking space for vehicles on an area of 6,000 m² and all employees and processes are now combined in the newly adapted office building. The fleet now comprises 85 vehicles, which are on the road in international long-distance transport.

On the occasion of the 100th anniversary and the retirement of Herbert Temmel senior in 2014, Hagen Temmel took over the parent company "Temmel Beteiligungs GmbH” and the majority of "Herbert Temmel GmbH”.

In 2018, an important step was taken in the direction of environmental protection.

With the introduction of the ISO 14001:2015 standard, we can guarantee our customers the best possible quality with environmentally friendly processes.

Numerous awards and recognitions in the field of environmental and climate protection confirm that we are on the right track.

In 2020, after the death of Herbert Temmel Sr., Hagen Temmel now runs the family business with tradition. Together with his team, the path is secured in a steady and sustainable direction. 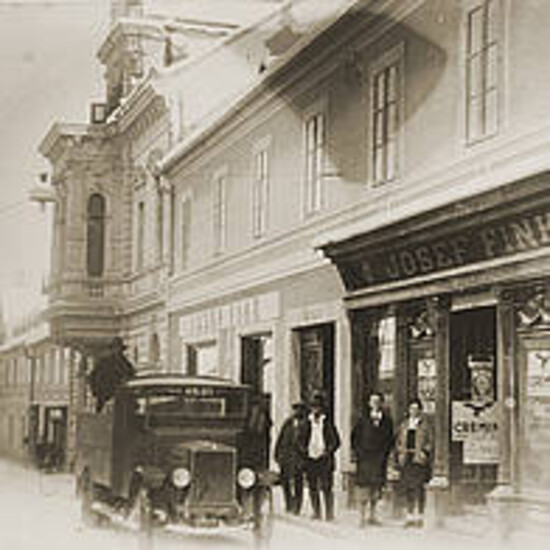 In 1914, Franz Munter founded the transport company at Klammstraße 75 in Weiz, laying the foundation for a long and successful company history.

Horsepower and HP: At this time, transports are carried out twice a week from Graz to Weiz and back with a horse-drawn carriage. In 1930, motorization begins and the switch to real horsepower through the purchase of the first truck with a wood gas engine and solid rubber tires. 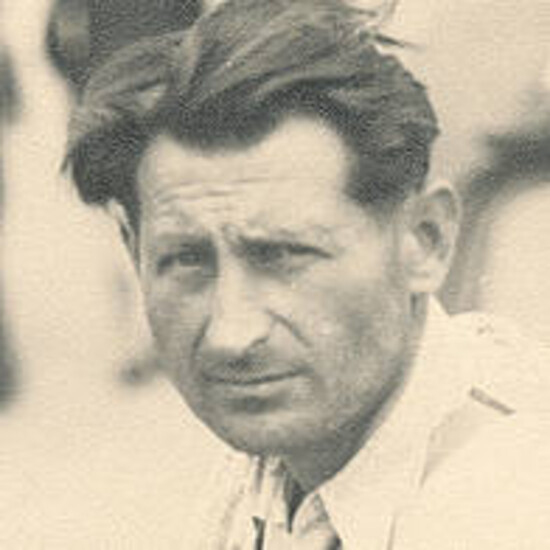 THE FAMILY BUSINESS GETS ITS NAME

Takeover: Franz Munter's son-in-law, Hubert Temmel, takes over the transport company in 1945 and the name Temmel appears for the first time in its 100-year history. The success story is closely linked to this name to this day.

Passenger transport: Two years later, Hubert Temmel introduced scheduled services between Weiz and Almenland by purchasing buses and from then on also made the buses available for various company trips. 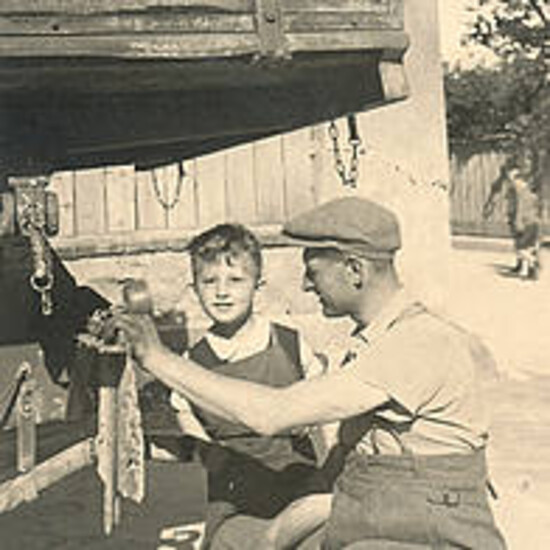 Maria Temmel: Hubert Temmel died unexpectedly on August 31, 1954 and his wife Maria Temmel continued to run the company as a widow's business. 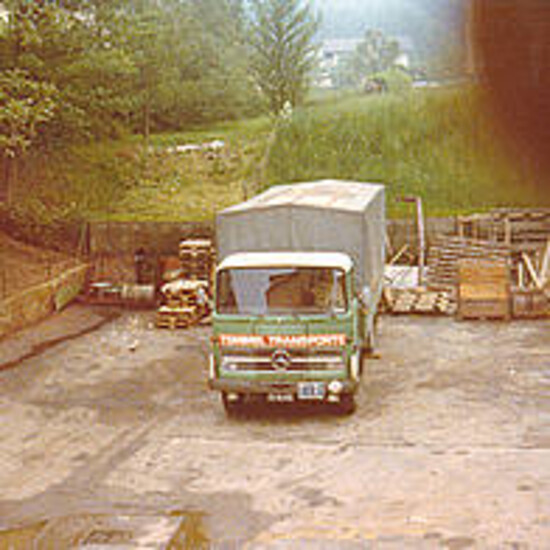 New company location: In 1977 a new company location was built in Oberfladnitz near Weiz because the space for the 20 trucks had become too small. In addition to the office, this site has a workshop and storage areas. 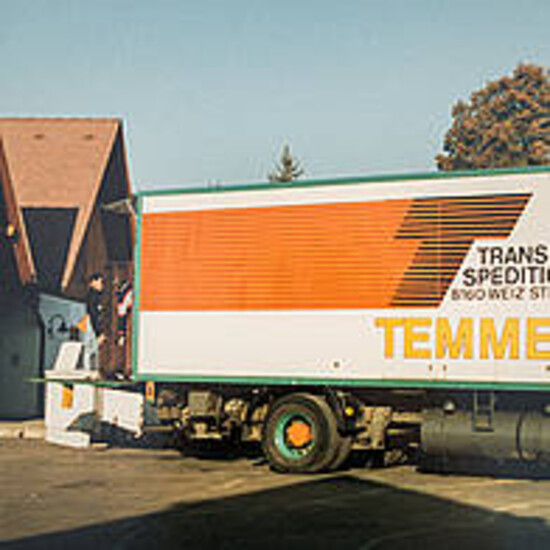 EXPANSION AND RAISING THE STANDARDS

ISO 9001/Satellite Monitoring: In 1998 there are two major innovations: the ISO 9001 quality management standard is introduced and all vehicles that work for the automotive industry are equipped with satellite monitoring. 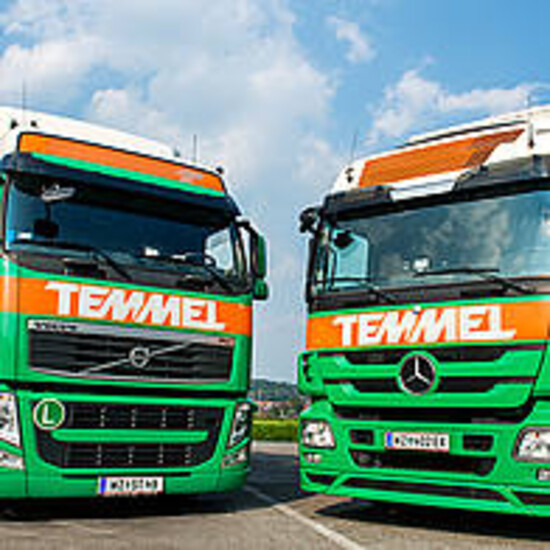 German branch: In 2003 the German branch of Herbert Temmel GmbH was founded as the company's third location. 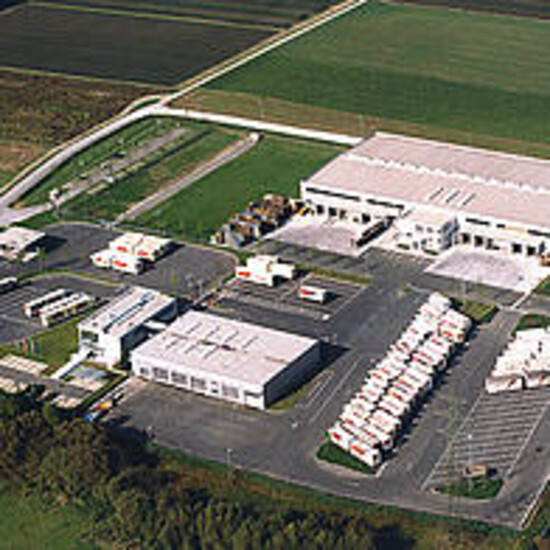 80,000 km per day: Over the past hundred years, Herbert Temmel GmbH and its branches in Hungary and Germany have developed into one of the leading transport companies in the field of volume transport. The fleet of 170 vehicles covers around 80,000 km per day.

Our values reflect what we live each and every day. They are our guiding principles for how we treat not only our customers, but also our suppliers. Tradition, reliability, experience and transparency are what distinguish us as a logistics partner.